In this sector, we examine abuse, food insecurity, residential segregation, poverty, and immigration and ask questions on the availability of resources and services, discrimination, and safety.
*Indicators may be viewed on mobile devices; however, for best experience, use a desktop computer 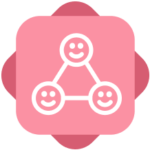 Survey respondents felt most services and resources served the community somewhat or very well. Areas that served us not well include homeless shelters (31%), public housing (28%), childcare (26%). Healthcare, job training, rehabilitation housing, services for people with disabilities, and child protective services all received 15-17% of respondents saying they did not meet the needs well.

Discriminated against in the community

Four out of five survey respondents overall feel welcome in the community. As income decreases, respondents feel less welcome, dropping to half. People of color feel welcome at a lower rate, with only two in five feeling welcome.

Connected and cared for with community

Overall, survey respondents felt connected and cared for within their community, but one in ten respondents did not. This percentage goes up if you are a person of color.

Pittsfield Hub
The Pittsfield Hub works across disciplines to coordinate the response to people in high-risk situations. The idea is to identify people who may be on the edge of a crisis and get them in touch with a network of social services most adept at responding to their specific circumstances.